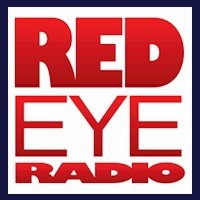 Posted About Two Months Ago by Texas Fights Outloud

The 88th session of the Lege is rapidly approaching, and as policy is being formed and legislation proposed, the jockeying for the position of Speaker of the House is kicking into high gear. We talked last week about Tony Tinderholt’s challenge to Dade Phelan for House Speaker. This week we’re going to dig into some of the latest developments in Austin and hone our message to our Representatives.

Not surprisingly, the debate over how to spend the state’s $27 billion tax surplus is center stage and a fight is brewing. While property tax relief is on every Republican’s mind, that’s where the consensus ends. Governor Abbott wants the Lege to spend half the surplus on it, and the Lieutenant Governor would like to see even more.

But certain Republicans are vociferously proposing that the entire surplus be spent on easing Texan’s onerous property tax burden. Among those proponents is Tony Tinderholt, the man who would be Speaker. Tinderholt, a Republican Representative from Arlington, is carving out a distinctly hardline GOP message: “The Texas Republican Platform calls for us to move away from the broken property tax system and shift to sales taxes. This year provides a historic opportunity to do just that.”

Carrie Isaac, a Republican House freshman from Dripping Springs, has said she too wants to see the entire surplus allotted to buying down our property taxes. Many policy foundations and activist organizations agree, from Texas Public Policy Foundation to Texans for Fiscal Responsibility, which supports “using all—or as much as realistically possible—to ‘buy down’ the Maintenance and Operations portion of the property tax.” They’ve criticized Speaker Phelan for his recent comments on the issue, accusing him of not including property tax relief in his plans for spending the surplus.

What Phelan actually said on the topic seems at variance with that interpretation. He said that we “should look at more than just property tax relief,” and that this surplus represents “a once-in-a-lifetime opportunity to use some of these resources for infrastructure.” Texas Fights Outloud was born of the hope that this surplus would be invested in infrastructure, though we strongly disagree about what that is.

Phelan defines the infrastructure investment critical to attracting new business and job creation as roads, water, broadband, and education. Notably absent is the grid. Visibly present is education. Don’t you think businesses would value affordable and reliable electricity? And I don’t think more CRT and social emotional learning are big calling cards for prospective businesses looking to relocate to Texas.

He goes on to point out that the surplus came not from property taxes, but from sales and franchise taxes, and that this surfeit of revenue is directly tied to inflation, or what he is calling financial “pain.” He thinks it is equally valid to offer relief to the business owner and consumer in their respective tax arenas.

This really got Tinderholt’s goat. He believes the “historic opportunity” being offered is to move Texas’ revenue base away from property taxes altogether and to shift it to sales taxes.

And so the debate on property tax relief becomes another central issue in the contest for Speaker of the House. With 3 billion already earmarked from prior legislation for a property tax buy-down this session and broad support for more, it appears that substantive tax relief is a foregone conclusion, the only remaining questions being how and how much.

But Tinderholt’s foregone conclusion (that we should shift to a sales tax revenue base exclusively) goes far beyond a squabble about how much property tax relief to pass this session and merits a transparent and exhaustive debate in the future. Bring it.

Which brings me smack dab back to the point I made last week about Tinderholt’s challenge to Dade Phelan for the speakership. In my estimation, it is not about him unseating Phelan (which I doubt is realistic), but about his being a cattle prod to push the House rightward if he can mount a credible challenge. In other words, perhaps he can catalyze a stronger backbone in our Republican leaders, the majority of which are going to be allied with the hidebound Establishment.

This plays out specifically on the topic of appointing Democratic committee chairs in a House dominated by Republicans. The GOP is solidly against the practice and Tinderholt is making this the centerpiece of his bid; whereas, Phelan has used it to cement his position and consolidate his power. He’s played footsies across the aisle on some issues that got the Republican base hot under the collar, by giving Democrats chairmanship of such committees as Public Education and Criminal Jurisprudence, the chair of which has said that “law enforcement is systemically racist.” Oh boy. That’s a non-starter.

But Steve Armbuster, Chairman of the Williamson County Republican Party, sent an email out to the GOP Exec Committee earlier this week asking it’s members to vote against a resolution that would ban Democrats from committee chair positions, saying it sounds good but could rally Dems to block all legislation that comes to the House floor, and possibly empower them to form a coalition with moderate Republicans to elect a leftier Speaker.

Realize that this is exactly the same argument playing out on Capital Hill in D.C. about Kevin McCarthy as Speaker of the House. There is no consensus, even among populist House members. For example, MAGA wonder woman, Marjorie Taylor Greene, is endorsing McCarthy as Speaker for much the same reason Armbuster is against the Texas GOP platform plank.

So I don’t think it’s clear. What I do think is that the Tinderholt “flex” is good for the Legislature and the Republican party, signaling that politics as usual is over in an era in which the Democratic Party has been commandeered by Marxists. We’re going to push back, and some stridency is called for.

Congressmen engaged in "sedition" for questioning election procedures or voting against certification of results. He also called for Paxton to be impeached. Our message should be, we don’t play nicely with radical leftists. Period. And we certainly don’t appoint them as committee chairs.

In the days of routinely stolen elections and the characterization of conservatives as terrorists, with the Green New Deal Fiasco tanking the economy, and the attack on parental rights on the ascendent, it is fantasy to pretend there is anything anymore called a Yellow Dog Democrat with whom we should collaborate. Total fiction. But this is the game still afoot.

Phelan is a crafty and skilled politician whose loyalties, at the end of the day, are to himself. As one blog post commentator said, “With friends like Dade, who needs enemies?” Another echoed, “Dade Phelan is an undocumented Democrat.” I believe we need to pry at least one rein out of his hands and ban the appointment of Democratic committee chairs. With one rein, you can control the whole horse.

I realize that populism can easily devolve into the polemics of polarity. But I don’t think that’s what’s going on here. We are not playing tit for tat, as establishment Republicans would portray us. We are better than that—more civic minded, better informed, and more aware of the consequences of inaction. The question is, how do we marry this new and nuanced fire breathing populism to the grit of realpolitik without being derailed by our own idealism? Can we carve out a place in the ruling Republican establishment and so sway the body politic much as the Swedish Dems are doing in Sweden?

That is, until we entirely take it over.

This week’s call to action is a little different. Rather than reach outward to our Representatives, we want to circle the wagons. Texas Fights Outloud wants to hear from you. We want to know where you stand in the fight for House Speaker, and on the issue of power sharing with Democrats. Where do you think populism meets realpolitik? And what is the most efficacious path forward in the next legislative session?

It behooves all of us to get in the fight, by first getting into the discussion.  See you there.

A list of House Republicans supporting the ban on Democrat Committee Chairs so far: